OXFORD, 17 December 2020 – An international team has discovered the origin of the largest cargo of African ivory found from the oldest shipwreck in southern Africa.

The discovery of a 16th-century shipwreck has, with the aid of advanced scientific techniques, provided detailed insight into elephant herds living in Africa almost 500 years ago. But the study also highlights the extensive depletion of the West African forest elephant (Loxodonta cyclotis) due to the ivory trade, and the need for conservation of this majestic animal. The study, published today, was led by Oxford University’s Pitt Rivers Museum and School of Archaeology alongside partner institutions in Namibia (the National Museum of Namibia), South Africa (University of Cape Town, University of Pretoria) and the USA (University of Illinois). 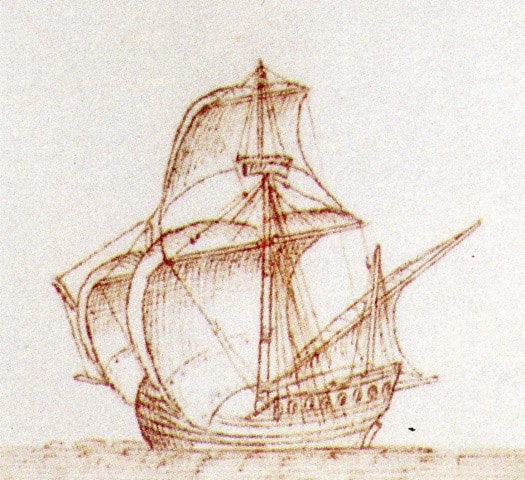 This unique story that links shipwrecks with elephants came to life off the coast of Namibia in 2008, when workers mining for diamonds discovered the remains of the Portuguese trading vessel Bom Jesus. The ship was lost in 1533 AD en route to India, making it the oldest shipwreck discovered in southern Africa.Incredibly some of the ship’s structure and over forty tons of valuable cargo were recovered intact – including thousands of copper pieces (ingots), gold and silver coins. 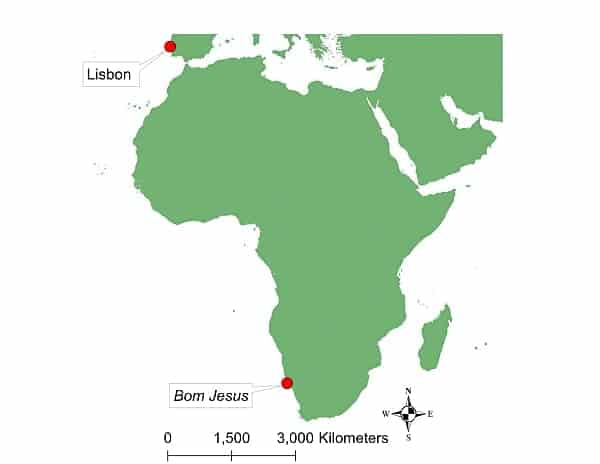 But the most fascinating items recovered from the Bom Jesus were a collection of over 100 elephant tusks, the largest archaeological cargo of African elephant ivory ever found. The tusks were of varying lengths and sizes, ranging in weight from 2-33 kg, and came from both male and female elephants, young and old alike. The tusks were in good condition thanks to the cold waters off the coast of Namibia caused by the Benguela ocean current.

Elephant tusks are the source of ivory, which was a valuable commodity in the 1500s and would have been used to make jewellery, mirrors and combs, decorative items and religious objects. Tusks were often traded from Africa to Europe, the Middle East, and Asia, but to find such a large number of tusks, and so incredibly well preserved, made this a unique find.

“The shipwreck cargo contained materials from different parts of the world – Central European copper, German finance, Portuguese ship and perhaps crew, African ivory all destined for western India. This is an amazing snapshot of how connected the world was by the 1530s,” said Professor Shadreck Chirikure, School of Archaeology at Oxford University who led the study at Oxford University alongside Dr Ashley Coutu, Research Fellow at Pitt Rivers Museum.

A team of experts – scientists, archaeologists and curators – came together to study the tusks and learn more about the elephants who bore them, before they were killed for their ivory. This is the first study to combine genetic, archeological and historical methods, providing much greater detail than ever before about the origin, ecological, and genetic histories of an archaeological ivory cargo.

Scientists extracted ancient DNA – the chemical in the cell of every living thing that contains its genetic code – from the ivory to trace the source region and family history of the elephants. Ancient DNA analysis of 44 tusks determined that the elephants were Loxodonta cyclotis, or African forest elephants, rather than Loxodonta africana, savannah or grassland elephants. Further DNA sequencing traced the elephants to West Africa, which was surprising as it was expected the elephants would be from different locations across both Central and West Africa where trading networks to move ivory over long distances had been established thousands of years before the sailing of the Bom Jesus.

Another surprise was that the elephants did not live in deep forests as most forest elephants do today. Dr Coutu studied the chemical elements in the tusks (stable isotopes of carbon and nitrogen – isotopes are also used to determine the age of fossils through radiocarbon dating) to reveal that these elephants actually lived in scrubby woodland savannahs, not the deep tropical forests along the West African coast where almost all forest elephants live. “This information gave us a picture of the ecology of the West African forest elephant in its historic landscape. Knowing more about historic environments in which forest elephants thrived will benefit wildlife conservation today,” said Dr Ashley Coutu. 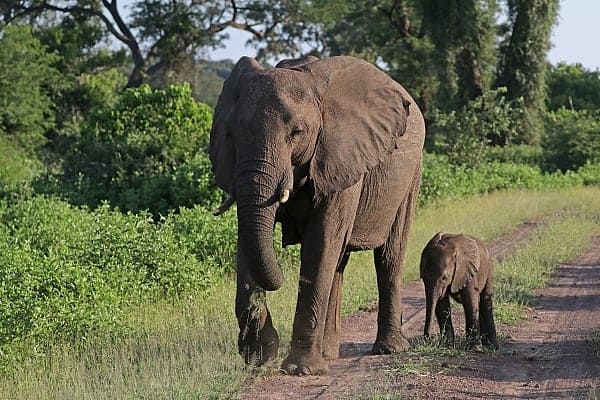 But the research also reveals a loss of West African forest elephant herds in the last 400 years. The team found that the cargo came from 17 different herds with a distinct family lineage. Of those 17, only 4 of those same lineages still exist and are known from modern West African elephant populations. This means that the other lineages have been lost, primarily due to the hunting of elephants for ivory that took place in the centuries that followed.

“The other lineages disappeared because West Africa has lost more than 95% of its elephants in subsequent centuries due to hunting and habitat destruction,” said Alfred Roca Professor of Animal Sciences from the University of Illinois who worked together with Oxford University on the project. The genetic information recovered from these lost herds adds a huge amount to the relatively limited amount of data available for scientists to study the remaining forest elephants across the African continent.

The ivory trade, which continued up until the 20th century, devastated Africa’s elephant population. Estimates suggest the population reduced from 26 million elephants in 1800 to fewer than one million today. A worldwide ban on ivory sales was instituted in 1989, which reversed the downward trend in the population. Despite the ban, the ivory trade continues illegally, and an estimated 20,000 elephants are killed in Africa annually.

This research study was led by Pitt Rivers Museum at Oxford University, one of the leading and best-known museums of anthropology, ethnography and archaeology in the world. It holds over 500,000 items acquired across 130 years, covering all periods of human existence.

Pitt Rivers leads research on its collections and is actively exploring difficult histories and addressing the colonial past. Oxford School of Archaeology hosts world-class research facilities fundamental to addressing big questions relating to humans and their interaction with the environment in the past. This collaborative research across continents has provided an opportunity to look at the legacy of the ivory trade. But it has also introduced a new way to examine the vast collections of historic and archaeological ivories in museums across the world and showed the vital significance of science in this work.

“There is tremendous potential to analyse historic ivory from other shipwrecks, as well as museum collections. These scientific techniques are vital for understanding the histories of elephant populations, people who hunted and traded the ivory, as well as the global history of the ancient ivory trade, which increasingly drew Europe, Africa, and Asia together via the Atlantic Ocean,” said Dr. Ashley Coutu, Research Fellow, Pitt Rivers Museum.