In one of the first studies of its kind, our innovative Community Camera Trapping Programme demonstrates how local communities monitor their own wildlife populations through camera traps. Our team is using camera trap distance sampling to develop conservation strategies for critically endangered species.

Humans impact the physical environment in many ways: logging, poaching, overexploitation and deforestation linked with forest to farm conversion. Changes like these have triggered habitat loss, climate change, soil erosion and landslides. Animal species are disappearing at such unprecedented rate that scientists have labelled the current era ‘Earth’s sixth mass extinction’. In south west Cameroon, one of the most diverse areas in Africa, we are witnessing dramatic population declines and local extinctions of charismatic animals such as Cross River gorillas, chimpanzees and forest elephants. 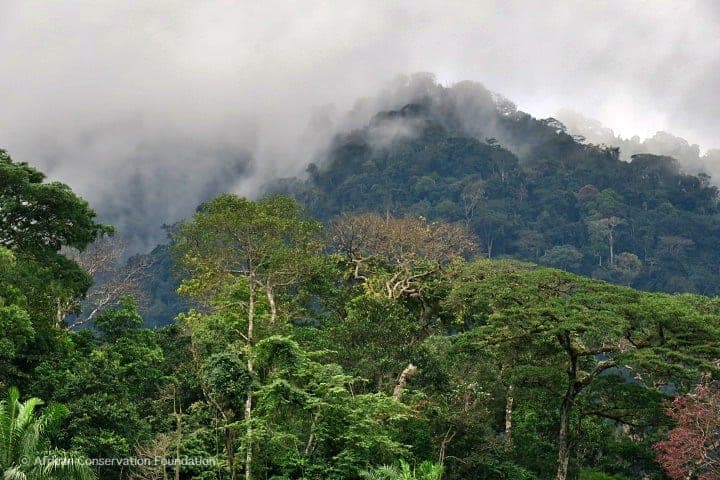 To preserve biodiversity in south west Cameroon we need methods effective in monitoring animal population status, thus allowing the development of conservation strategies. This is particularly urgent during this period of multiple crises, such as the corona crisis and Anglophone crisis. Since 2017, there is a conflict in the south west regions of Cameroon, part of the long-standing Anglophone problem. 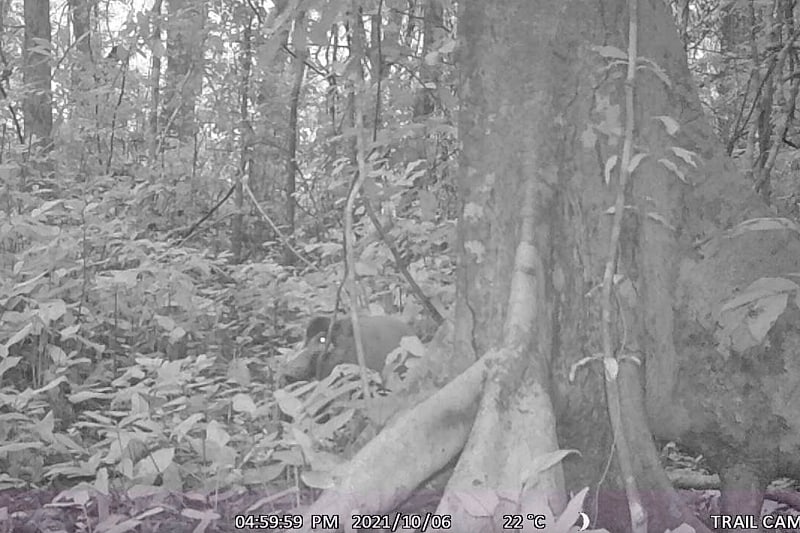 Training sessions were organised by the African Conservation Foundation and its local partner Environment and Rural Development Foundation (ERuDeF). Team members explained camtrap research and handling procedures. The basic camera trap anatomy was explained and each participant was getting familiar with battery and memory card placement. The training included a presentation on the objectives of camera trapping, choosing a suitable location for the camera trap, camera trap set-up, camera location, camera spacing in the field, camera trap height, distance of camera trap to animal trail, vegetation clearing around camera trap.

Also, research procedures, the monitoring intervals and checking camera‐traps and data exchange were explained. The training included the hands-on testing and demonstrating the new knowledge in the field. 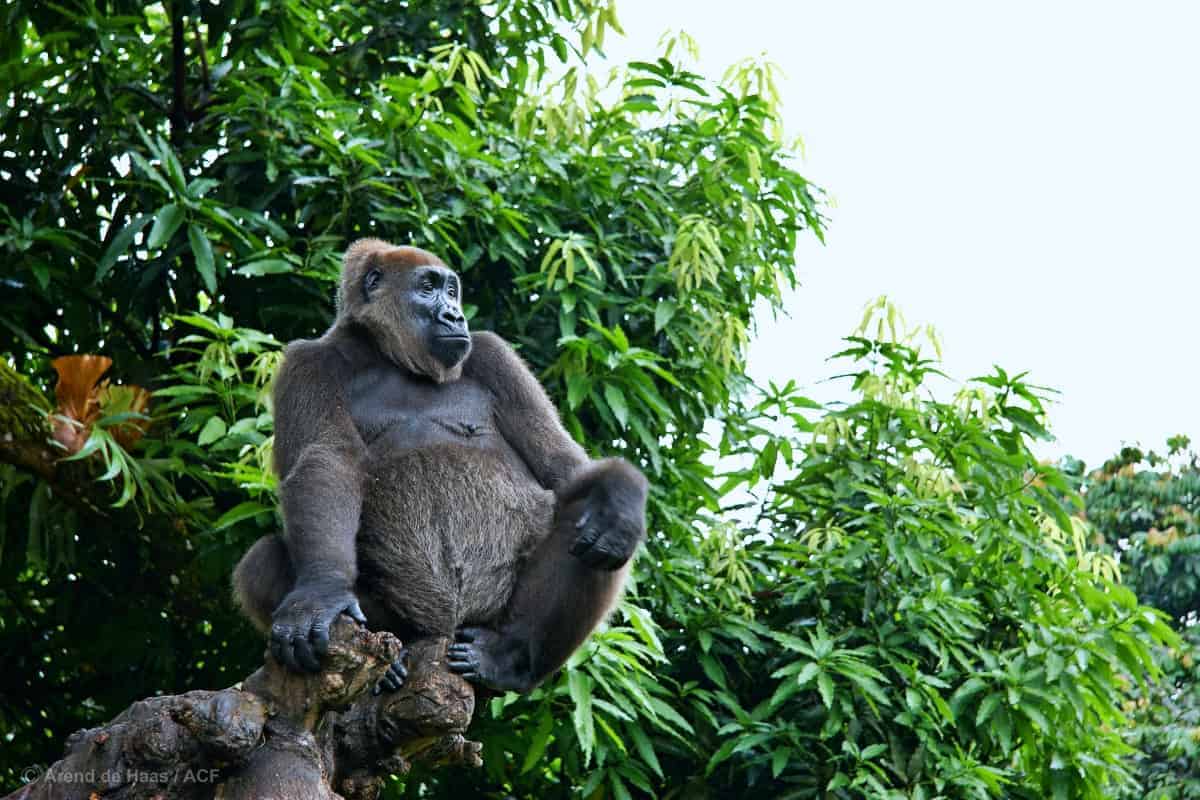 Each image captures a moment frozen in time as the animals move through their wild habitat. We are using the camera trap data to collect information about population status and to address conservation issues, creating solutions that allow humans and wild animals to coexist in the same areas. 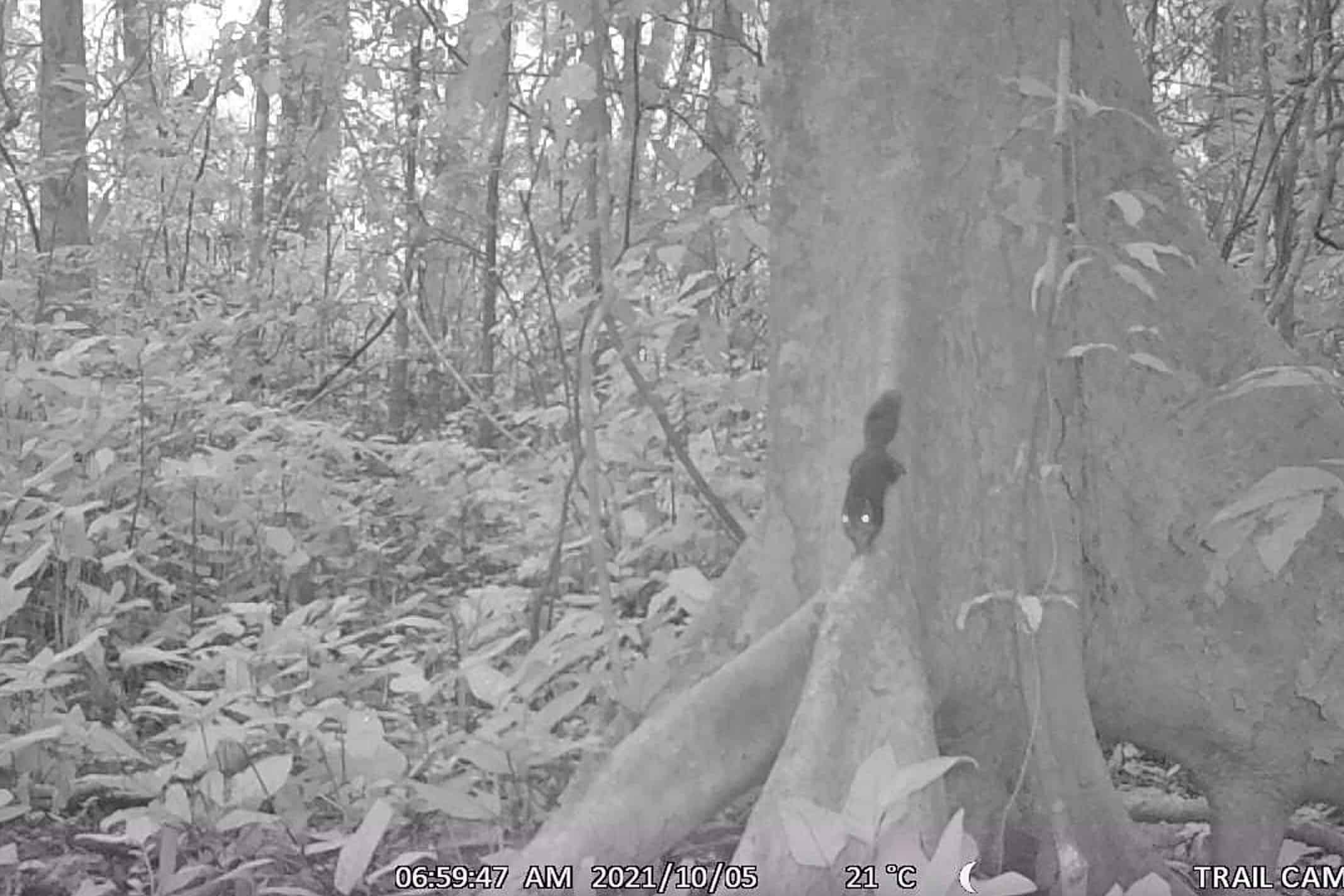 The programme has captured some incredible wildlife so far, including Nigeria-Cameroon chimpanzees, red river hogs, squirrels and small antelopes. Red river hogs are a wild member of the pig family living in Africa, with most of its distribution in the Guinean and Congolian rainforests. The Nigeria-Cameroon chimpanzee is recognised as the most threatened and least distributed of all the chimpanzee subspecies, and without successful conservation actions, there is a high risk of extinction in the coming decades.

The elusive and critically endangered Cross River gorillas share the same habitat as the chimpanzees. Currently only 2050-300 individuals survive in subpopulations across the Nigerian and Cameroonian border region. They inhabit inaccessible areas such as the steep slopes of the Lebialem highlands.

By maintaining a presence in wildlife conservation through Community Rangers, it was possible to continue monitoring wildlife populations and rainforest habitat, with some challenges and delays as the situation allowed. The projects partners currently work across all the areas they worked in prior to the Anglophone crisis, which also allows us to assist displaced people. 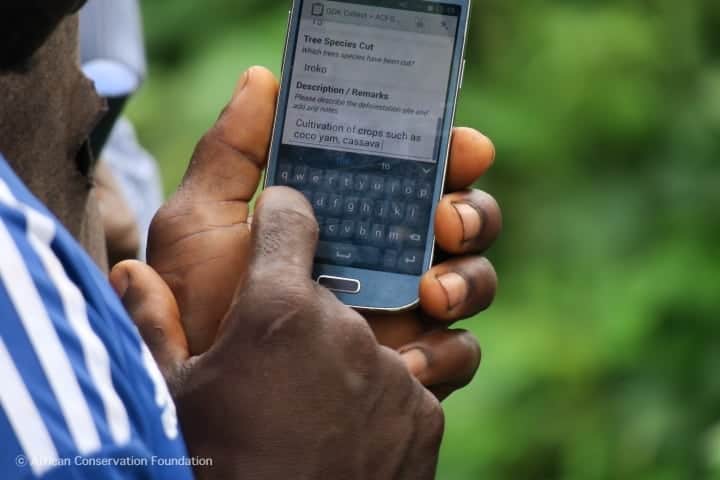 Our Community Camera Trapping activities have been highly successful, directly engaging and training Community Rangers in wildlife monitoring in protected areas and Community Forests, while connecting conservation efforts with community development goals. The programme supports self-governance and local capacity building. With your help, we will be able to expand this programme to other communities and protected areas in west central Africa. Donate now or visit our project website for more information.